The Department emerged in 1995, at the initiative of a group of artists (Iosif Kiraly, Radu Igazsag, Calin Dan, Roxana Trestioreanu) interested in the role of the new media in artistic education. In 2005, the National Council for Academic Evaluation and Accreditation accredited the Department, and in 2009 accredited the Photography and Dynamic Image specialization at the level of Master’s studies. The mission of the Department is the same as that of the University and aims to promote artistic education and research, Romanian culture and art.

Within a traditional educational system, the specialization promotes the new technologies. The artistic subjects (drawing, color, performance, installation, video, photography, a.o.) are organized from the perspective of transdisciplinarity, of the dialogue put forward by the aesthetic and multimedia theories. The artistic education offered by the Department enables students to think imaginatively, solve visual issues, adapt easily to diverse situations and know and overcome their artistic boundaries. Nationally and internationally acknowledged, the Photo, Video, Computerized Image Processing Department addresses those who wish to develop their photographic and cinematic aptitudes in an artistic environment. The students will acquire valuable knowledge, based on standards and professional practice. The traditional techniques film – analogue are presented alongside the technology of digital image, while experimental and alternative techniques of image capturing and processing are explored. Basic knowledge for the carrying out of projects – promoting products or events, marketing, communication strategies – are taught within elective and specialized courses. The familiarity with “new media” technologies and theories offer our graduates the opportunity to train for a career in the field of visual and media communications, including web design consulting, DVD and CD-ROM design, advertising, publications or freelance artists.

Ever since the beginning of its activity, the Department aimed to promote a positive and clear image of its strategy through organizing cultural events, and participating in artistic and educational events: the seminars “Gender and Ageing presented in Media and Art”, “Timing Art /Filtering Art” and “The Impact of Technology on the Visual Culture” were selected and presented within the project Good Practice on the site of the European League of Institutes of the Arts. Another important event was the organization of the International Experimental Film Festival UNARTE FEST in 2008. The research project Ro_archive was presented in the handbook “artesNET- Peer Power! The Future of Higher Arts Education in Europe” of the European League of Institutes of the Arts. The project helped the Department become involved in a project of the Royal Netherlands Embassy in Bucharest, “EEA & Norway Grants Instantanee: retrospective si oportunitati” (EEA & Norway Grants Snapshots: retrospectives and opportunities”).

Student Cristian Ionescu’s film was selected at the One Minute festival in Gent, Belgium, in 2007; in 2009, Michele Bressan was awarded the Great Prize and Cristina Vadu received the second prize of the Essl Museum Foundation in Austria; the works of students Bogdan Garbovan, Cristian Ionescu, Michele Bressan and Daniel Djamo were selected at the Nue – New Festival between 2009-2011. Works of our students were included in a different selection, “Badly Happy: Pain, Pleasure and Panic in Recent Romanian Art”, 2010, at the Performance Art Institute (PAI) in San Francisco, curator Erwin Kessler and Stephen Tourell; a selection of photography by students was presented in 2011 within the “New Wave Photography – Young Artists from Central and Eastern Europe” The Crypt Gallery (St Pancras), UK; from 2008 to the present, the winners of the Romanian selection in the annual competition of the Graduates of Art Universities in Europe, “Start Point Prize”, were students in the Photo, Video, Computerized Image Processing Department in NUAB, whose works enjoyed a great appreciation in the international exhibitions organized in the Czech Republic. Michele Bressan’s portfolio was selected by GATE11 – International Departures – Fondazione Fotografia Modena.

Dragos Bardac’s film, “Life Buoy”, 2010, won Best Music Video at the Filmul De Piatra Festival in Piatra Neamt, was selected in the FESTIVAL TEMPS D’IMAGES 2010, in Cluj-Napoca at the Romanian Film Days 2011, in Vienna at the Biennial of Creative Video in collaboration with the Guggenheim Museum, selected for Cooper Video Wall at the Cooper Design Space Building, San Francisco. But certainly the most important event in which one of our Department’s graduates, Bogdan Bordeianu, was involved is the competition “reGeneration2: Tomorrow’s Photographers Today” organized by Musée de l’Elysée Lausanne, which concluded with an itinerant exhibition in Cape Town, Milan, Pingyao, Miami, Budapest, New York, a.o., and with a catalogue published by Thames & Hudson (Paris/London).

Documents of the Dynamic Image and Photography Department 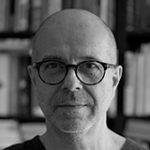 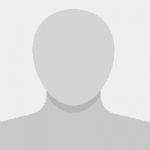 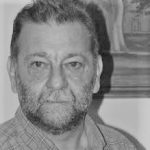 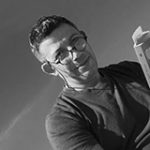 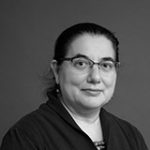 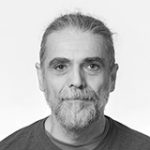 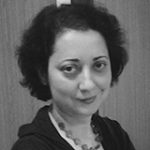 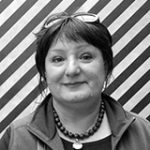 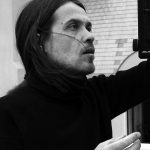 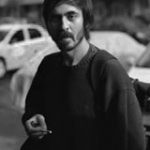